Hope you’re all enjoying your weekend. Sadly the sun seems to have disappeared here but at least I have the fab Liana Brooks dropping in. She’s chatting about her new release, Decoherence, in her Time & Shadows trilogy. Looking for some exciting sci-fi for the weekend? Look no further 🙂

So, let’s start with you telling us a bit about yourself. 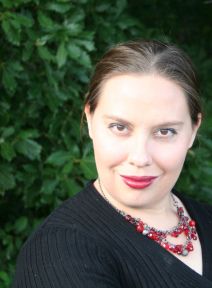 I am a California-born vagabond who has lived in ten states and visited most of the others. I love sushi, summertime, science fiction, and not doing laundry. And I am celebrating the release of DECOHERENCE which is the final book in the Time & Shadows trilogy.

Was there a specific moment where you first knew that you wanted to be a writer?

I don’t even remember learning to read. I picked it up early, took THE HOBBIT to kindergarten for show-and-tell, and always planned on being a marine biologist. Telling stories, and later writing them for friends, was something that kind of happened as an afterthought.

I always loved stories and books, but I didn’t dream of being an author, in part because so many of the authors I love aren’t just authors. They were soldiers, inventors, playwrights, parents, explorers… none of them were ever presented as Just An Author. Which, I think is probably for the best. The more multifaceted the author, the better their books tend to be.

True, the more experience you have the more you can bring to the writing I suppose. Do you have a particular writing routine, or any special rituals?

The only thing I really need is a screen, a keyboard, and my sticker calendar. Secretly, I’m still in kindergarten and getting a sticker for writing 1000 words is enough motivation for me to sit down and write regularly.

Beyond that… no, I don’t have rituals because I don’t have time for them. My writing time is snuck in during the day between cooking, running errands, and going to meetings.

Hehe, I think I might need to get myself some stickers! Tell us about the genre you write in, and what drew you to it.

I write primarily SF/SFR because I’m an optimist I guess. Science Fiction is the future. Every great invention we enjoy was in a story first, and I love being part of that process. I love imagining what the future will bring for everyone, and I hope it brings something wonderful.

Aww, that’s a lovely thought – here’s hoping. Are there any particular authors or books that have really inspired you?

I could never pick just one. There are so many great books out there and I rip through them. I’ll go on binges and read five or six books in a day. Go read Terry Pratchett, Ilona Andrews, Blake Crouch, Wes Chu, Jim Butcher, Beth Cato, Lexie Dunne… go. Read everything you can get your hands on. Books are amazing.

They are! Also a big fan of Terry Pratchett and Jim Butcher. What five things could you never do without?

Oxygen, water, heat, people that love me, and imagination. If you have those you can get out of any problem eventually.

Tell us a bit about your new release. 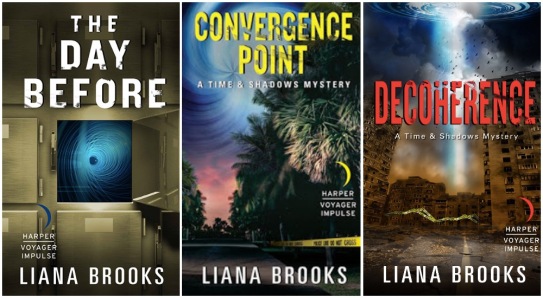 DECOHERENCE… I am going to try to keep this as spoiler-free for the series as I can, but if I slip up, sorry…

DECOHERENCE is the third book in the Time & Shadows series and picks up almost five years after the end of CONVERGENCE POINT. When Mac is kidnapped by a rogue iteration, Sam has to travel between continents and variations of reality to find him.

For me, the best part was being able to write so many different versions of the main character, Sam Rose. She’s introduced in THE DAY BEFORE as this very young junior agent who really is out of her depth. By the end of CONVERGENCE POINT she’s survived multiple near-death experiences, depression, the loss of friends, and come out stronger. In DECOHERENCE there are four different Sams, or rather, Sam as a POV character in four different points in her life. And she has to face herself, channel her inner Tatiana Maslany as it were.

Wow, that definitely sounds interesting (and yay, cute puppies!) Where did your inspiration for it come from?

Almost ten years ago I saw THE FACE ON THE MILK CARTON and I wanted it to be a murder mystery. A recognition that the person in the ground is also the person narrating. THE DAY BEFORE was spun around that original idea.

CONVERGENCE POINT and DECOHERENCE simply followed the natural consequences of the characters’ choices in the first book.

What did you find most enjoyable about writing it?

Being able to write my hero as a villain was a lot of fun. Every author I know loves playing with this trope. Whether you’re writing Evil Spock or Dark Side Luke Skywalker, it’s fun to see your hero’s strengths used for evil.

It is always fun 🙂 What was the hardest part about writing it?

Finding an emotionally satisfying ending for this series without killing everyone was hard. One on hand, I knew from the start that I wanted a trilogy. On the other, finding the right ending for what the story had become, to make sure the fans got the ending they deserved, that was a lot harder to find.

In a series like this it’s tempting to go full-on Hamlet and just kill everyone, but I didn’t want that. Some named characters die. They always do, but I tried not to have deaths just for shock value. There’s a reason each character dies.

*sniffs* I suppose some of them have to. Who’s your favourite character in it? (I know, I know, favouritism!)

I should say Sam and Mac, but I have a soft spot for minor characters. Ivy Clemens, the clone version, remains my favorite minor character. Her and Agent Edwin. They’re good people who do their job, but who you still want to invite over for dinner.

Why should we run out and buy it right now? J

Look, THE DAY BEFORE opened with a body on the ground and readers have been waiting since May 2015 to learn if it’s our Sam that dies, or another Sam. Don’t you want to know who Jane Doe is?

At the end of CONVERGENCE POINT, Mac proposed to Sam on a beach in Australia, don’t you want to know if Sam said yes?

Don’t you want to read books about time travel and clones????

…if you don’t, well, go buy the book because Puppy needs more treats. You don’t want to make Puppy sad, do you?

Nooo, we can’t make puppy sad! If you’re wanting to make puppy happy (and you know, get a great book as well) here are the details: 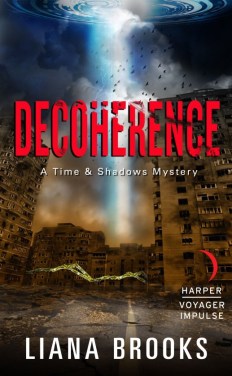 Samantha Rose and Linsey MacKenzie have established an idyllic life of married bliss in Australia, away from the Commonwealth Bureau of Investigation, away from mysterious corpses, and—most of all—away from Dr. Emir’s multiverse machine.

But Sam is a detective at heart, and even on the other side of the world, she can’t help wonder if a series of unsolved killings she reads about are related—not just to each other, but to the only unsolved case of her short career.

She knows Jane Doe’s true name, but Sam never discovered who killed the woman found in an empty Alabama field in spring of 2069. She doesn’t even know which version of herself she buried under a plain headstone.

When Mac suddenly disappears, Sam realizes she is going to once more be caught up in a silent war she still doesn’t fully understand. Every step she takes to save Mac puts the world she knows at risk, and moves her one step closer to becoming the girl in the grave.

And you can get your hands on a copy here:

Don’t forget to follow Liana on social media to stay up-to-date on all her news and releases: